Anarchy in the kitchen 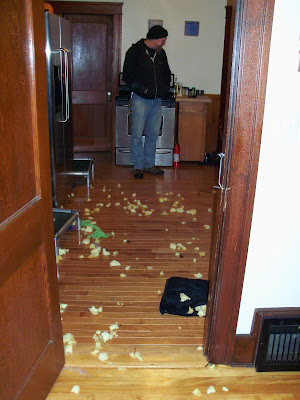 We have hooks on all of the kitchen doors so that the cats can go in and out of all rooms & the dogs can't destroy the rest of the house. We came home to this when a friend left a cushion on one of the kitchen chairs. Mr.Man thought it was funny since they hadn't shredded anything for a while.

This morning was less funny as one of the cats knocked my glasses off the counter & the dogs snagged them while I was out of the room. The frames are still good (yay titanium!), but I'll have to get new lenses. It's my own stupid fault for leaving them in the dog zone, even though they were fine in that spot for the past 4 years.

The Kuranda beds on the left have been the best dog items we've purchased. Maggie's bed has held up to the little maniacs for more than 2 years, and Duke's bed still looks new. We ordered the aluminum frames instead of PVC, somehow plastic didn't seem like the best idea for them. 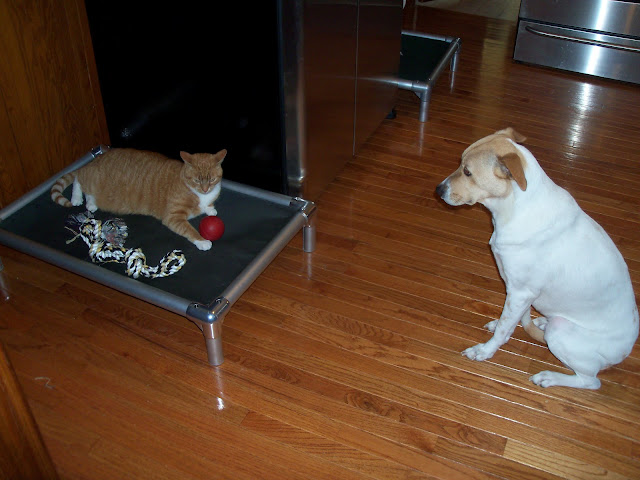 The issue we have now is Lebowski(the Dude) taking Duke's bed & not letting Maggie have her toys back.
Posted by 2 Punk Dogs at 6:21 PM