Tiger in a T-shirt 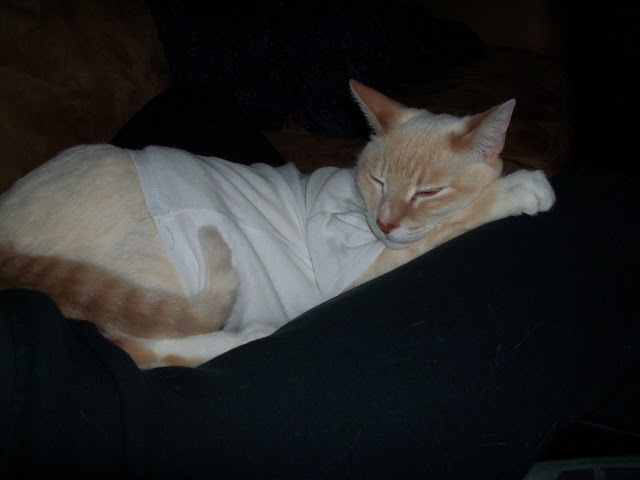 Two weeks ago I received an email from Hoo Rag asking if I'd be interested in reviewing their product. I replied and received 2 of their "Hoo Rags" just 3 days later. I was impressed with their quick response.

They call the "HooRag - The Better Bandana!" as it's meant to be as versatile as a bandana, but better. It's a seamless tube of microfiber fabric that can be worn as a hat, face mask, scarf, etc., they have a video on their site that demonstrates the many ways they can be worn by people.

Maggie was not a fan, as she doesn't even like to wear a collar in the house, but I thought it might work as a snood to cover their ears in the cold. It flopped around and was a little too loose to stay up as ear warmers, plus Maggie tried to take it off with her paws the second after I took the picture.


Duke didn't mind the Hoo Rag as a neck bandana, but no dice as a babushka. It seems a bit pricey for a dog bandana at $14.95, but the design is pretty versatile for people. The microfiber fabric came through the wash looking new and air dried really quickly. They have a lot of different patterns, and you can even order custom designs at a deep discount, which could be a great promotion for a shelter or rescue.


The Mr. thinks that the blue Hoo Rag will be a great head cover for hiking and a face mask for yard work this summer. We're giving away the Bonedana dog bandana to a dog that won't be tempted to shred it the moment our backs are turned. If you're interested in the Bonedana, leave a comment below! 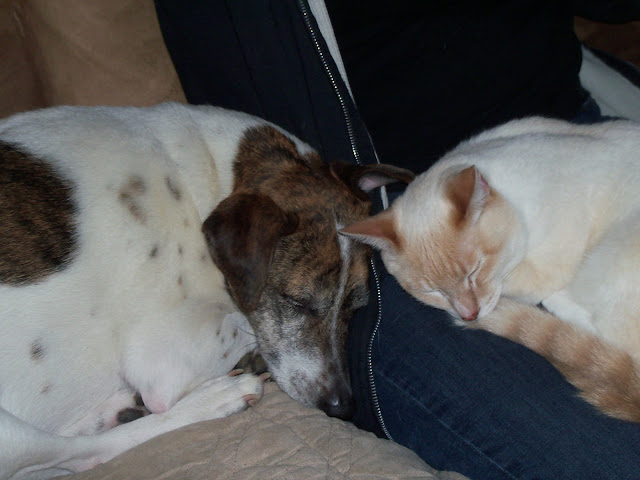 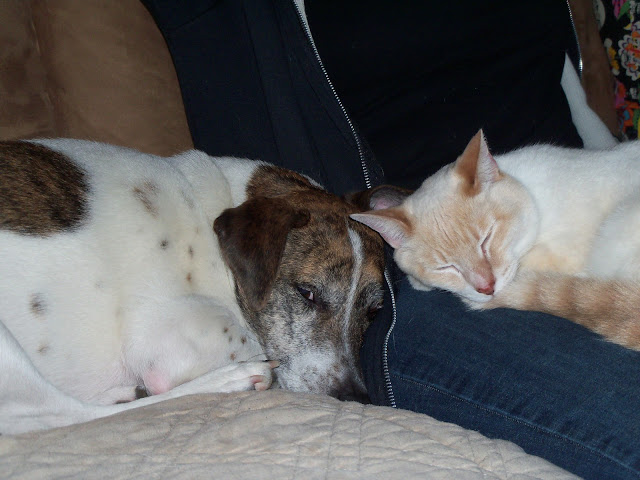 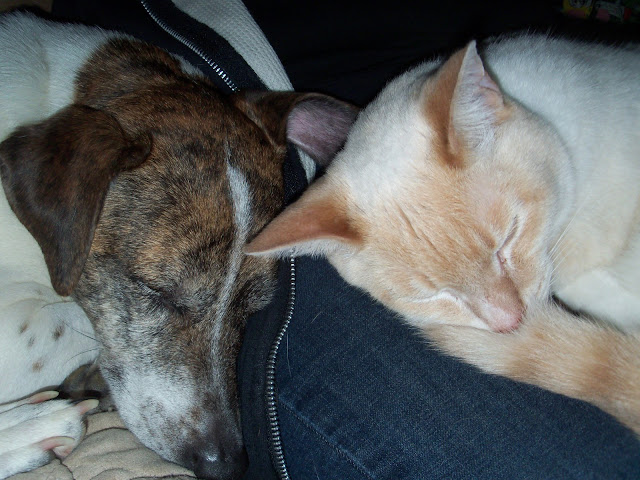 The View from Here

Ozzy and the Dude have been best friends for almost 6 years. The Dude was about 1 1/2 when we brought Ozzy & Cocoa home from the shelter and they were about 7.

Cocoa Bean tolerates the dogs and Dude, occasionally boxes with Serena and likes Ozzy a little bit.
We had all of the cats first, so the only requirement we had about a dog was that "it couldn't eat the cats", as the Mr said. The great thing about Buddy Dog and a lot of shelters is that they take the time to assess whether a dog will get along with cats and other dogs so they know a placement will work out long term. We've had Maggie about 5 years and Duke more than 3 years, so far so good!
Posted by 2 Punk Dogs at 3:30 PM 12 comments:

So far so good! Ozzy has really big Frankenstein stitches from right behind his front legs down his entire ribcage, hopefully he'll leave his stitches alone and not need an e-collar. We've tried 2 different sizes of baby shirts, but they make Ozzy extremely uncomfortable.
Though I might put a shirt back on him if he doesn't stop jumping up on things, he's not even supposed to do stairs tonight. His pain pill hasn't knocked him out yet...


Ozzy went to the vet today for bloodwork as he has surgery scheduled for Tuesday. He has a large cyst on his chest between his front legs that is being removed as it's about the size of a golf ball. The vet has drained it quite a few times, but it keeps coming back quicker and larger so it's time to have it removed.
Even though he's about 13, he still acts like a goofy kitten, jumping over the other cats and flopping over on top of the dogs. He likes to be near someone most of the time and doesn't care if it's a person, cat or dog. He comes when called and greets everyone as if they're here to see him. Even people who usually don't like cats like Ozzy.

The vet called and said that his bloodwork looks good and he's on definitely scheduled for Tuesday.
Wish Ozzy good luck! 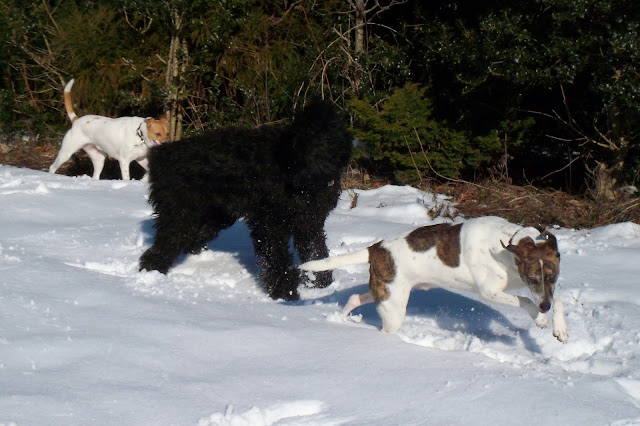 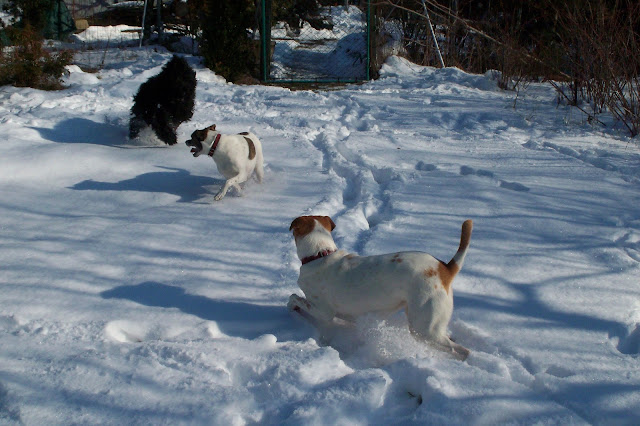 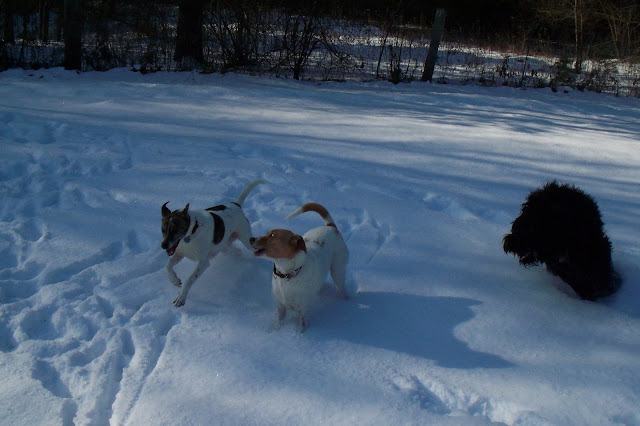 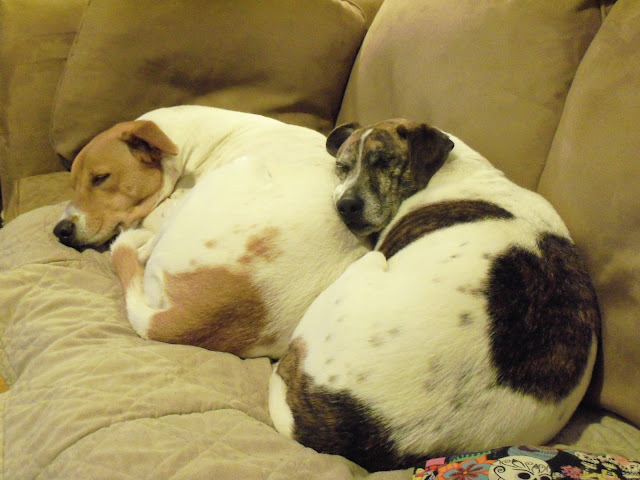