Years ago a new tech at our vets' office was surprised that we got Cocoa, our snowshoe Siamese on the left, and Ozzy, the flame point Siamese in the middle, at a shelter. It seems like there are quite a few people who think that shelters only have mixed breed mutts, alley cats or animals that have something wrong with them. It's far from the truth, as many shelters have purebred dogs and cats of many different breeds, and there are breed rescues for almost any type of animal you could want. If anyone is looking for a specific breed of dog or cat, have them check the local shelter, Google the breed and the word rescue or check Petfinder.com. If a vet tech didn't realize that "fancy cats" and dogs are at shelters, it's not surprising that a large percentage of the general population doesn't know that, and isn't aware of breed rescues either. 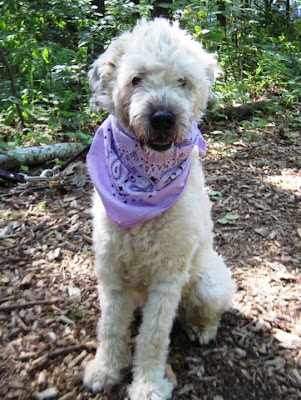 Thea is a 6 year old Soft Coated Wheaten Terrier currently at Buddy Dog Humane Society. Who would have expected to find such a specific breed at a shelter?

Thea is friendly, loves to run and play and is great with dogs her size and larger, not so much with smaller dogs and cats. She gets along with kids 8 and older, and would love a fenced yard to run in.

Sometimes shelters might make a dog sound like they might be a lot of work by stating the above, but they just want to make sure the new home will be a good fit for the dog and the family. It's very stressful for animals to be adopted, go to an unfamiliar environment and then be returned to the shelter if it doesn't work out. Unlike pet stores that sell puppies for profit, shelters will take their time to make sure it's a good match. 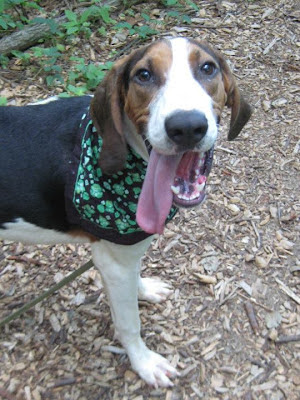 Roscoe is a 9-month-old male Treeing Walker Coonhound at Buddy Dog. Once again, would you have expected to find a young dog of this breed at a Massachusetts shelter?

Many shelters in the Northeast are able to take in dogs from overcrowded shelters in other parts of the country due to more active spaying and neutering programs in the Northeast. Shelters also make sure that animals are spayed or neutered and are healthy and up to date on vaccinations.

Rosco is very sweet, friendly and active, and would do best in a home with someone familiar with hounds. Hounds were bred for hunting, and are predisposed to follow a scent for long distances, so a fenced-in yard would be the best way to keep him safe. He seems to be good with other dogs, but cats are not recommended.

According to the Humane Society of the United States, “Nationwide, only about 20 percent of dogs in homes come from shelters—the rest come from other sources. It would only take a relatively small increase in the adoption rate along with a modest reduction in the birth rate to go a long way toward solving the problem of euthanizing healthy and treatable dogs in many communities.” There are so many great dogs of almost any breed available at shelters and rescues that have been vet checked and temperament tested, that it just doesn't make sense to take the risk of getting an unsocialized, unhealthy puppy mill dog at a pet store or from an online ad. Read more on the risks of buying dogs online at the ASPCA website. 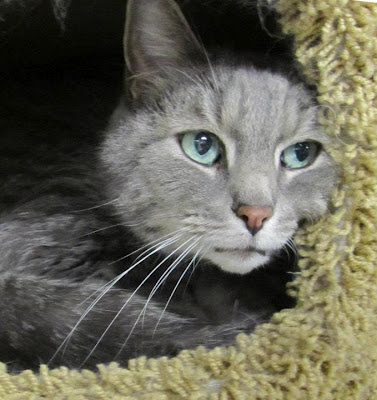 Smokey is an 11 year old male domestic short hair. This handsome cat came to Buddy Dog when his family was no longer able to care for him. He's looking for a quiet home with a family who will give him plenty of attention.

There are lot of great older animals in shelters through no fault of their own, especially in the current economy. I personally like older animals, as what you see is what you get. There is no guessing about how big they're going to be, and the people at the shelter usually have a good idea of their temperament and if they'll get along with other animals. Shelters usually have kittens and puppies available too; Buddy Dog often doesn't get a chance to post them on their site because they get adopted so quickly.


We adopted Cocoa and Ozzy when they were 7 years old, after their owner went into a nursing home and no family members could take them due to allergies. We've had them for 5 years, and they are the friendliest, goofiest cats in our house. Even people who normally don't like cats like Ozzy and Cocoa, because they run to greet everyone and hang out with them while they're here. People say that our cats are more like dogs, and our dogs are more like cats, as the cats love everyone and the dogs are shy around new people. We knew what their temperaments were when we got them, and we wouldn't trade our fancy old cats or shy mutts for anything! 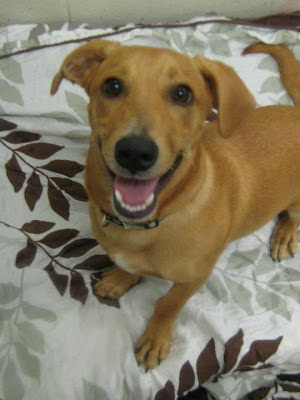 P.S. Of course, I realized that mentioning our shy mutts reinforces the shelter stereotype, aaaggh! To be fair, I'm the weirdo who picked the shyest dogs at the shelter, completely passing over all of the normal dogs. (The Mr. does say that I like projects.)

Seriously, how is he not on someone's couch already?