I never really understood the saying "they fight like cats and dogs," as we always had cats and dogs while growing up and never had any problems. Maggie occasionally tries to get the cats to run so she can chase them, but the tiger boys seem to think it's fun. Cocoa will give her a death stare and then the paw, while Serena bunny hops away and then ignores the dogs for the rest of the day. Both dogs think it would be really fun to chase the neighbors' outdoor cats, which is why they're never allowed off leash, even though they do listen when told "No." 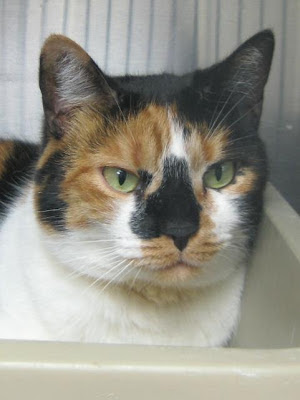 Mixie, a 5-year-old female DSH doesn't seem to have heard the term either. She lived with a mellow dog and children over five, and they all got along well.

This sweet kitty was intimidated by the other cat in her house, so she is looking for a new home where she can be the only cat. Mixie is a lap cat that likes to cuddle and also loves to play with cat toys.

If you're interested in adding an all around great cat to your family, Mixie is available at Buddy Dog Humane Society in Sudbury, MA. There are lots of other great cats there, including Penny, another cat who gets along with dogs and cats! 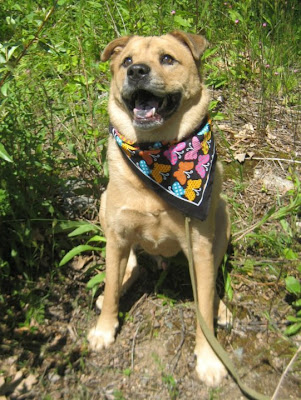 I couldn't resist this face!  Jack is a 5 year old male Australian Cattle Dog mix. He is housebroken, knows several commands and loves to go for walks. He also loves hikes in the woods and stuffed toys, though he likes to chew them up, just like Maggie and Duke. If you want hilarious pictures of shredded toys he's your dog!


Buddy Dog recommends a home with kids ages teens and up as Jack seems nervous around small children. He's fairly new to the shelter, so please call or visit for more information about him. I'm not sure if he's good with cats, but the shelter will "cat test" him if you're interested. It's great that they will check, as one of the dogs we were interested in before Maggie was supposedly good with cats, but completely freaked out when we let him meet a nice cat at the shelter. We were glad we found out before we brought him home!