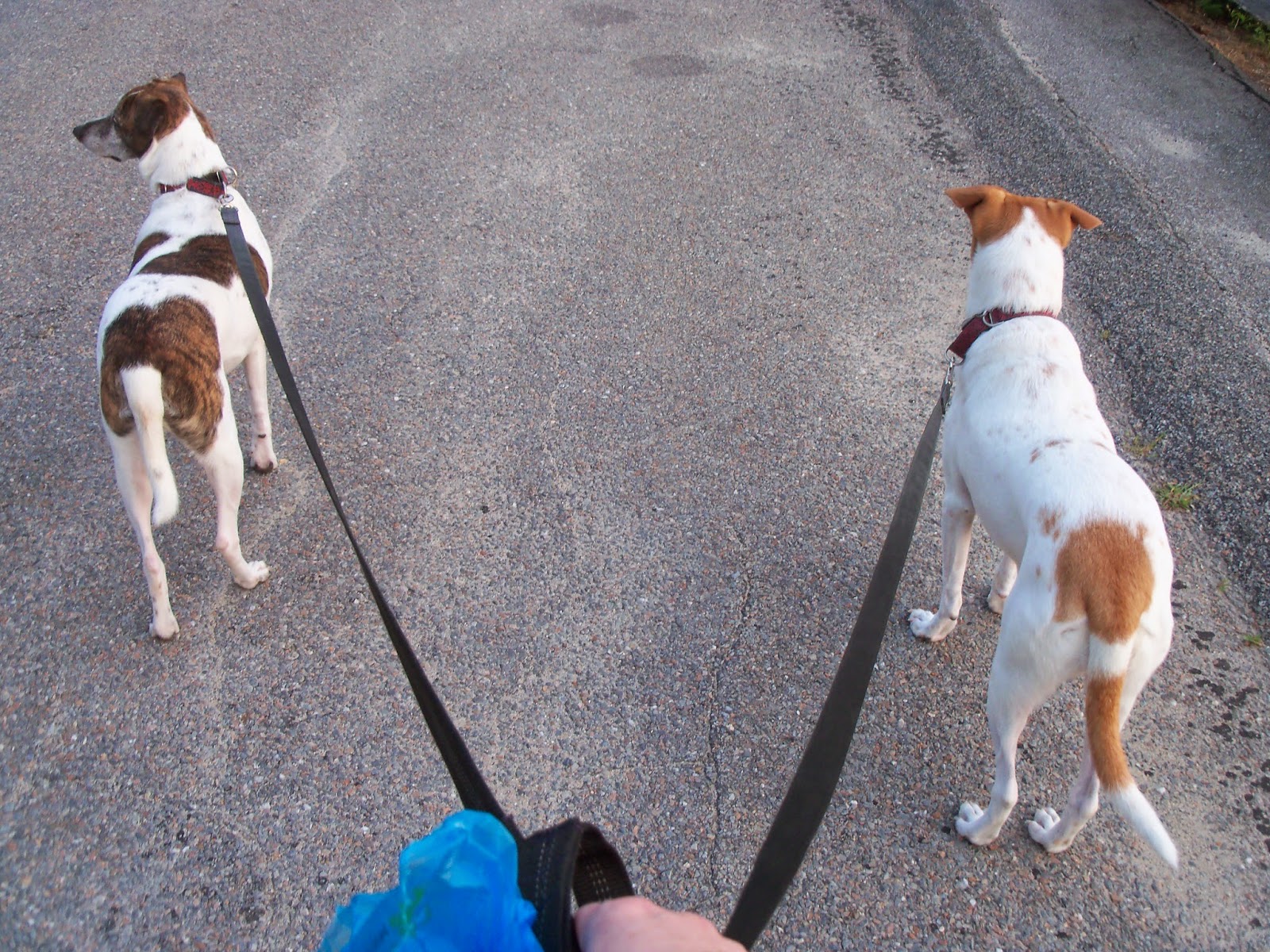 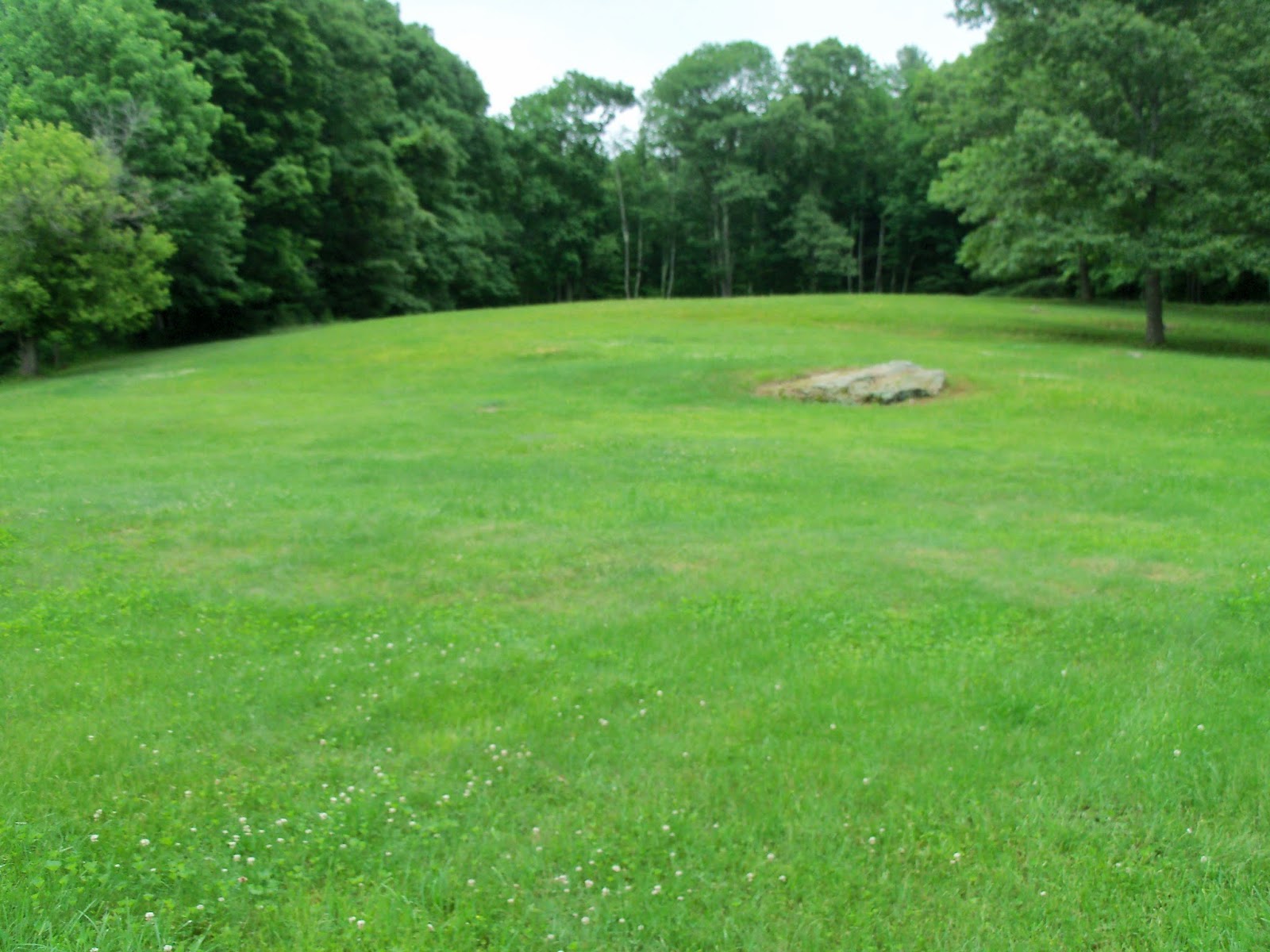 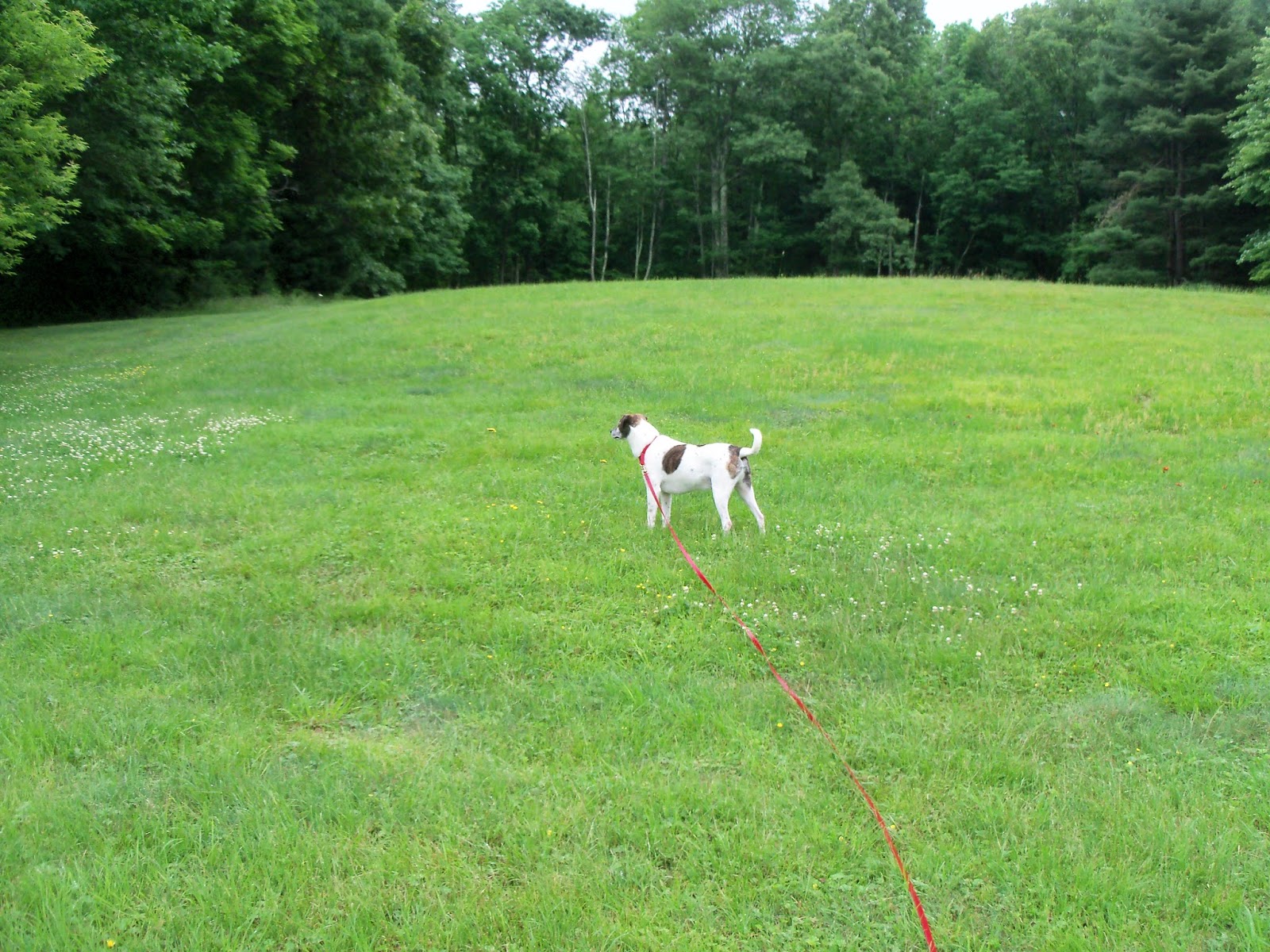 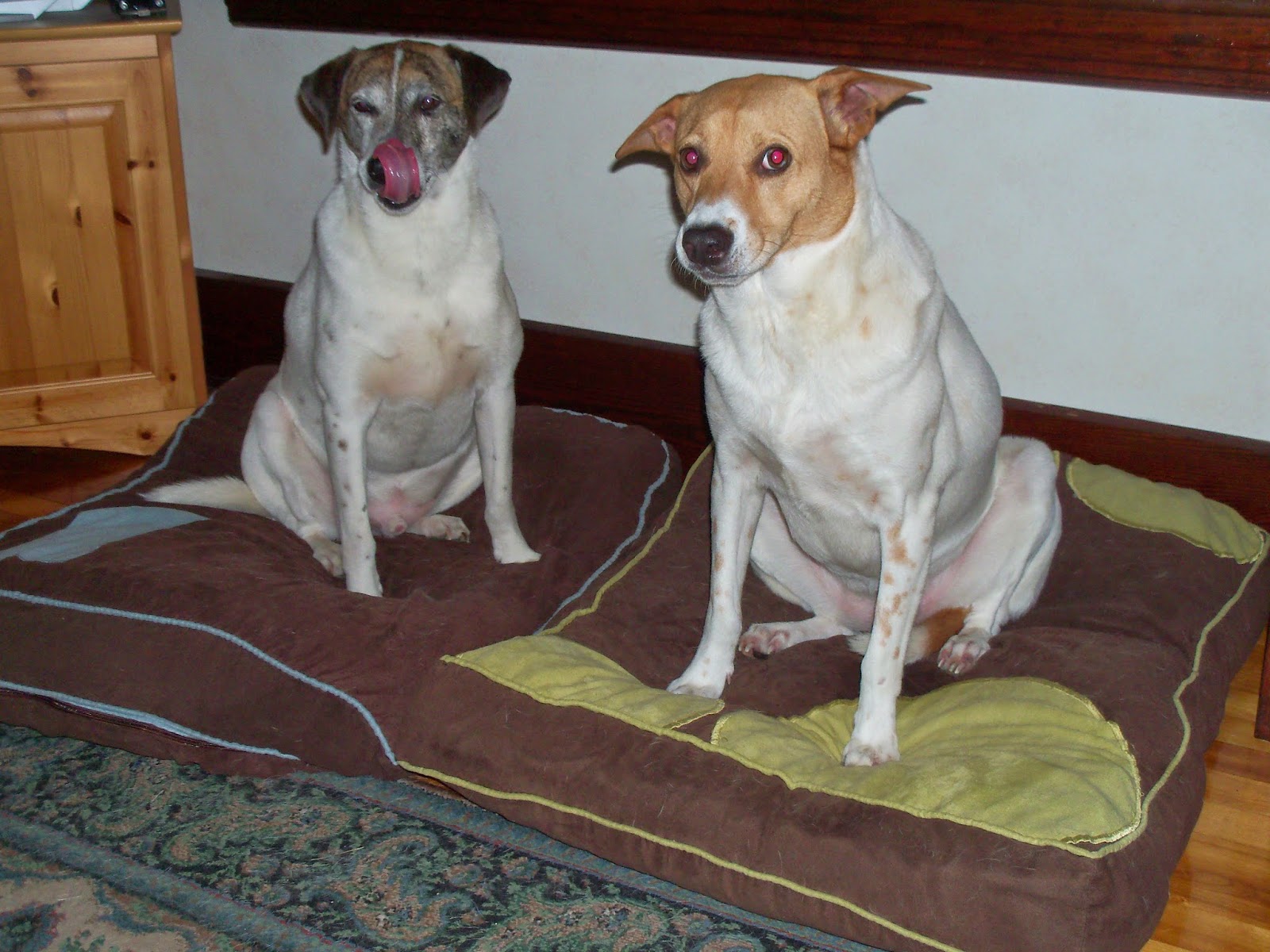 A few people have said that it's too bad that our dogs can't run in the fields off leash. Maggie and Duke are usually well behaved, but completely forget what recall means if they see a bird, turkey, cat or especially a SQUIRREL! Wednesday morning the two of them pulled me to the ground and dragged me because they thought they could catch a baby squirrel. (They couldn't with me as an anchor. :)

A few people have also said that it would look better if the leashes weren't in the pictures.
When the punk dogs want to chase an animal they don't pay attention to anything around them, they just GO until they hit the end of the leash and I yell STOP. We live on a quiet street, but we're less than 1/2 a mile from a busy road. I'd hate to have a leash free picture be the last one I have of the dogs.

Maggie & Duke are Satos, Puerto Rican street dogs, so we have no idea what mix of breeds they are. They seem to be some sort of hound/terrier mix, because they hunt by sight and smell. They're great with our house cats but will chase anything outside that moves. We do let them off leash in fenced areas, but we know not to trust off them off leash. They LOVE to try to chase the neighbors' cats.

The other day our neighbors' cat Shadow made a run for their house when he saw the dogs coming. Maggie & Duke went right after him, so his people were really glad I had them on leash! Now that they've seen the dogs in action they've stopped making comments about letting them have their freedom off leash. Now they think I should Photoshop the leashes out of pictures. :)

(We also don't let our cats out, but understand why our neighbors do. Smokey and Shadow were abandoned when their previous owners moved, and roamed the neighborhood until our neighbors took them in. They go inside at night and in bad weather, but are miserable if kept inside for too long.)
We're participating in the DogFenceDIY Safety Tips 2014 Round Up, click the link to see more safety tips. 2 Punk Dogs are receiving compensation for this post, which will be donated to Save A Sato, the amazing organization that rescued Maggie, Duke and thousands of other dogs from life on the street in Puerto Rico.
Posted by 2 Punk Dogs at 4:26 PM 7 comments:

Hanging with my Pups 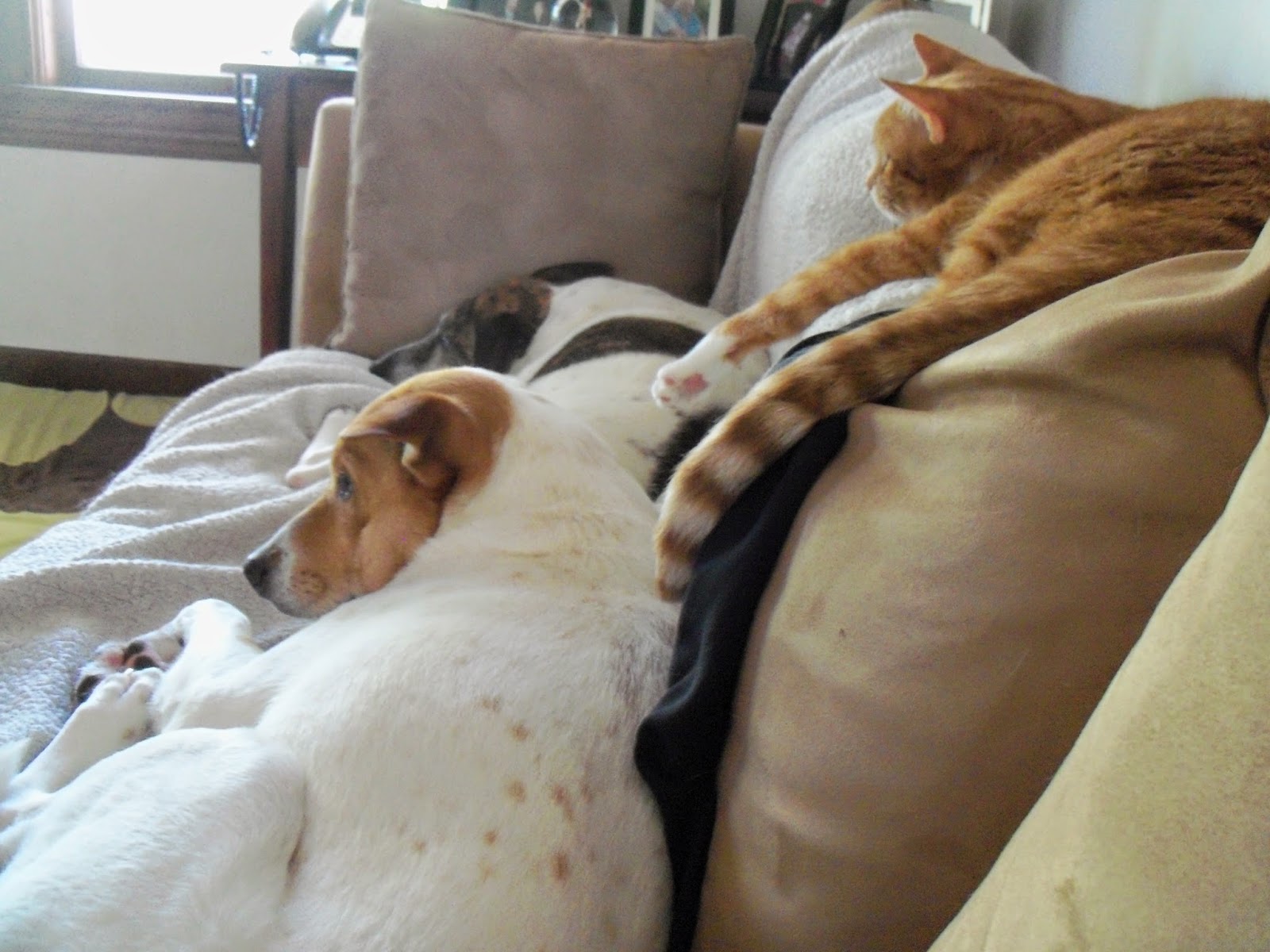 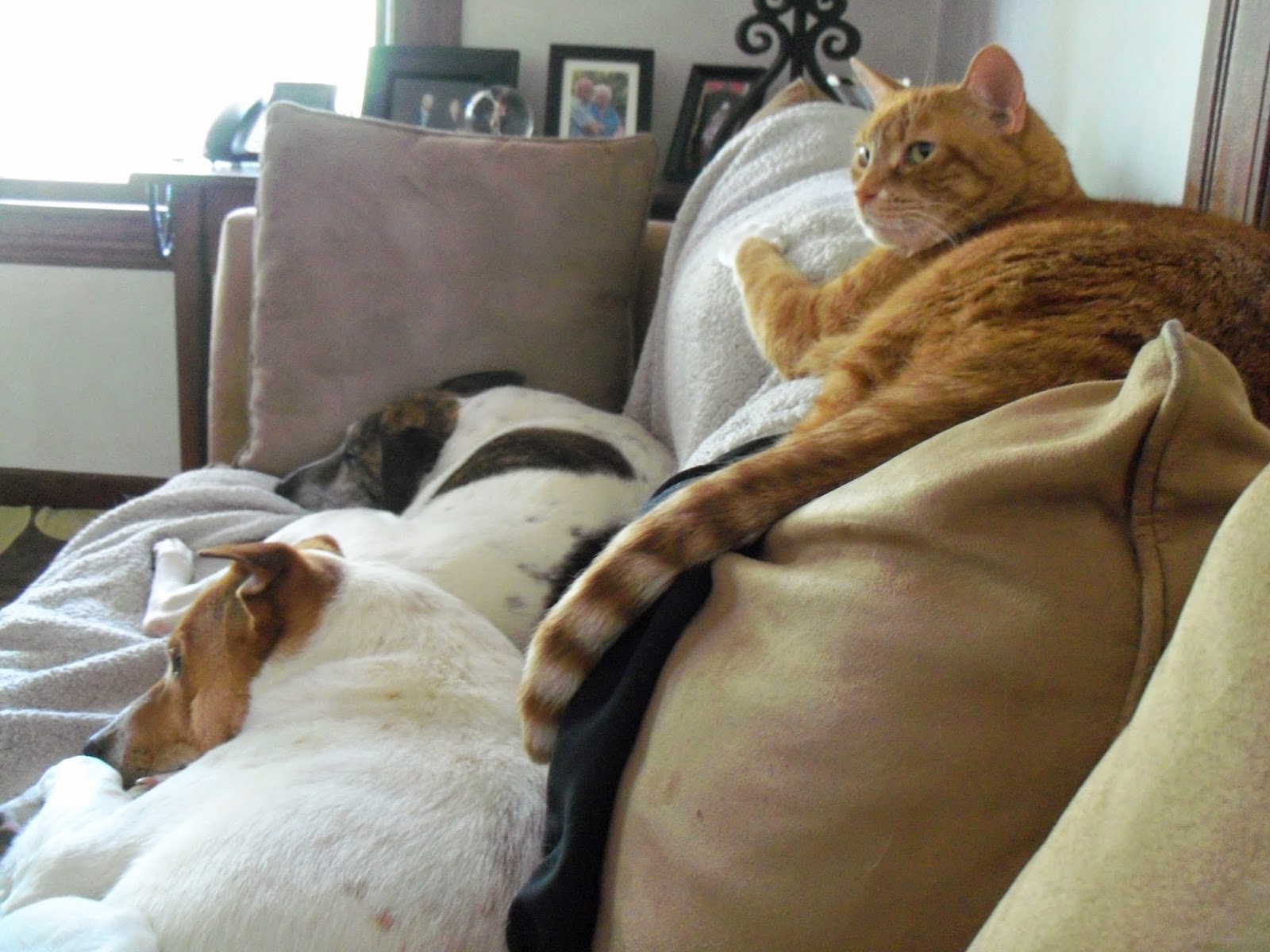 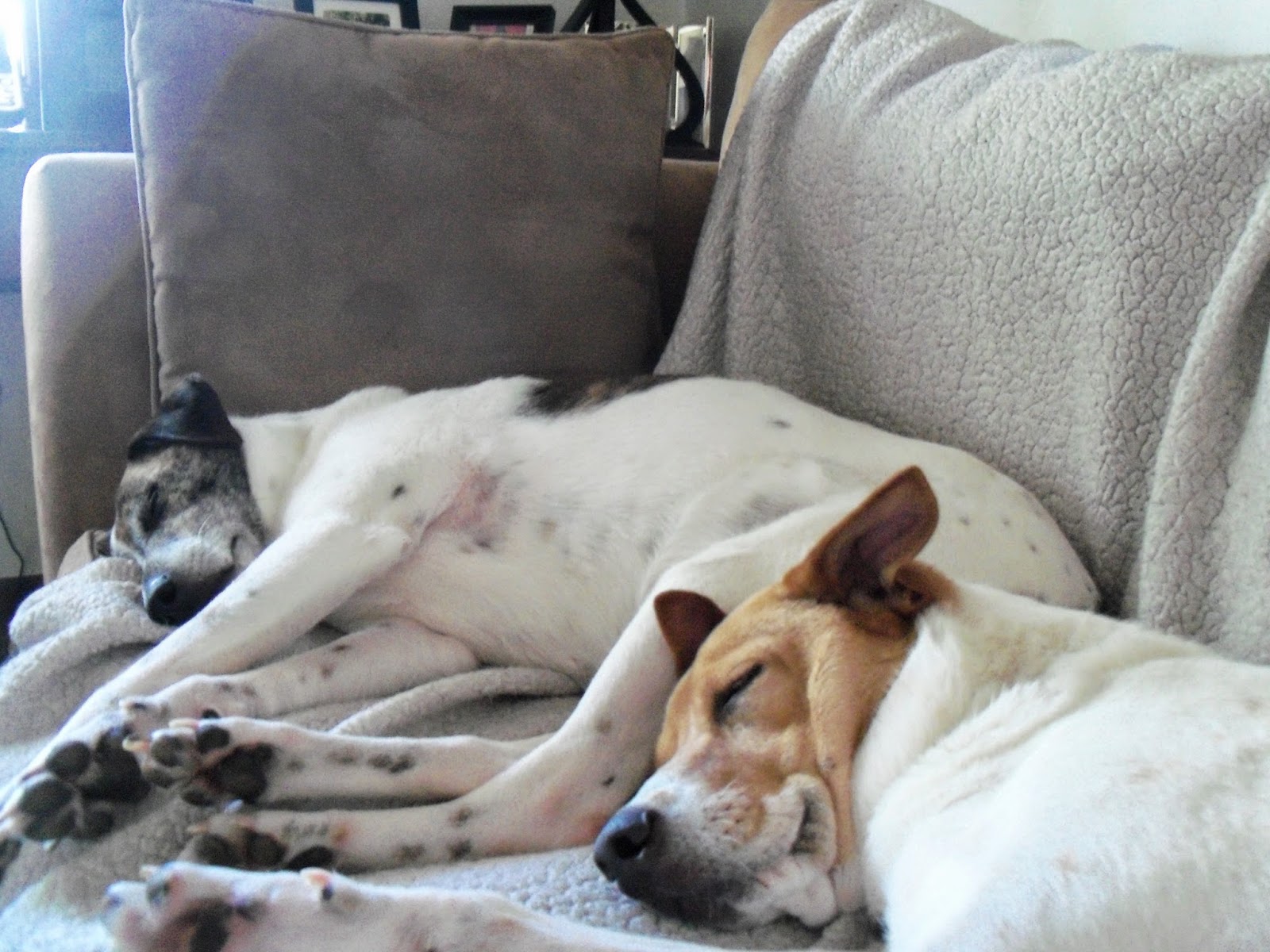