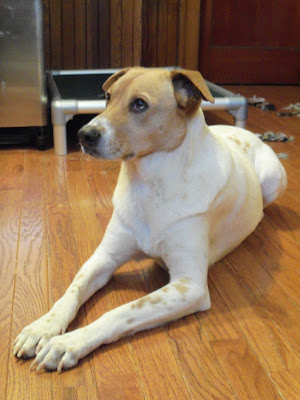 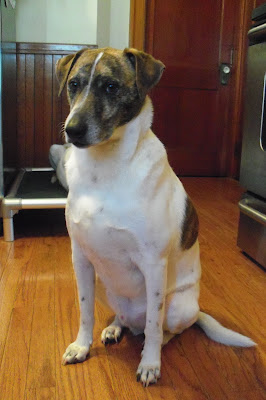 Duke is the dog who sat and shook the first day of obedience class, would barely eat turkey meatballs & stopped chewing chicken if the trainer came within 10 feet. Mr.Man would cook chicken breast as a training treat as the treats they love at home could not overcome the fear of a new place. It's a lot cheaper per pound to cook chicken than to buy the processed treats, which helps us feel a little less silly about it.
Posted by 2 Punk Dogs at 9:35 PM